History of the NEGRO TESORO kennel

Our kennel “NEGRO TESORO” was established in 2011 and the name was chosen by our kids rather than us. I will not be lying if I write that we tried many different names in English but most of them were taken. However, we started our kennel with, at that time, our 2 year old black female Labrador retriever called Lara which was our treasure, so that’s how the name was created – black treasure (in Spain “Negro Tesoro”)

Lara had only one litter with 8 beautiful puppies.

In 2021 we decided to bring to our 14-year-old Lara a new dog with similar traits, whose hair will not fall off, is smaller, lighter, and loves water – a female of Lagotto Romagnolo. This curly dog is mainly used for finding truffles, which are highly valuable worldwide, and for that reason, we think they are the black treasures of the forest, thus Negro Tesoro.

Something about my previous and present dogs.

My first dog was Berger de Brie (Briard) – Berry. It was a blond female, which was very well trained, and since I was at that age riding a horse, Berry had almost every weekend so-called “gallop walking”, which means I was on the horse and she was running next to the horse. She was even jumping over one-meter-high barriers, which some horses had problems jumping over. It was really an amazing dog.

The second dog was Yorkshire Terrier – Pamcho Pancha and a third dog was bought for our kids a female Labrador retriever – Lara, which is still with us in the family house since 2008. 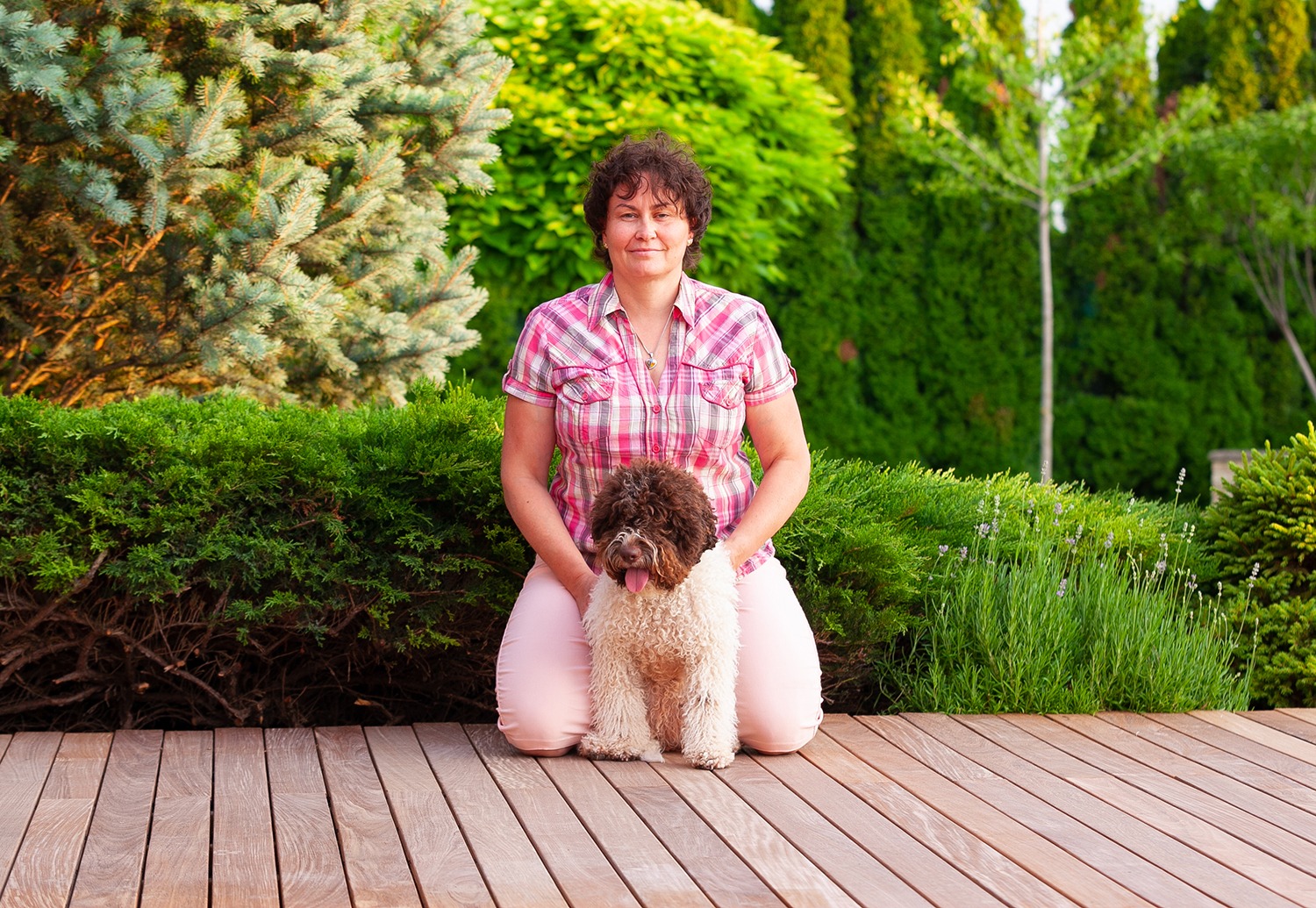